Chris Madden and Bloomquist Racing on a Hot Streak!! 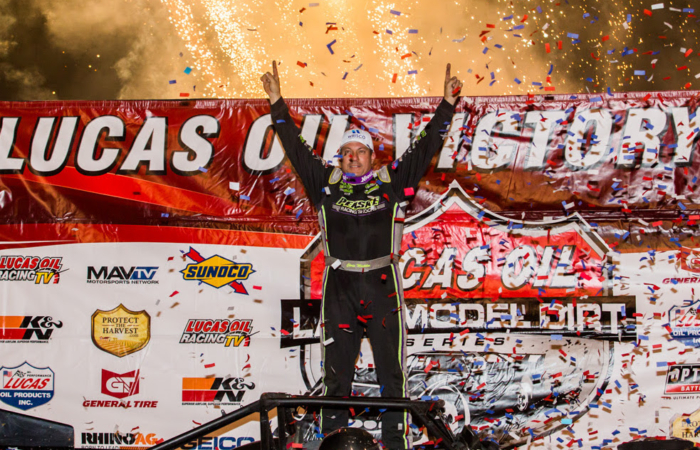 Five wins in his last six starts, three of those at crown jewel events, makes Chris Madden the hottest driver in Late Model Racing right now. Superb driving, a Bloomquist chassis, and a good power plant under the hood is the recipe to make this happen for Madden.

Mike’s Racing Heads recently developed an intake manifold for the RY45 Ford engine that Madden is currently utilizing. Since it hit the race track, this intake manifold has won five of the last six races it’s been in with one second place finish.

“These engines ( ry45 ) have gotten a bad rep in the late model racing community,” says Mike Androwick. “They’ve never ran very well on race night, even though they make good power. It’s safe to say that after this recent success, the reputation of the RY45 has changed drastically.

“Dirt track racing is different from a lot of other types of racing,” comments Androwick, “You need to make good power and torque, but still retain drive-ability. It’s a balancing act that we’re pretty good at. We were given the opportunity to work on the top end of these engines so we started with the intake manifold.”

Mike’s son, Mike Jr., who is in charge of all the computer modeling and machining for Mike’s Racing Heads says, “Usually when I’m going to design something like this, I’ll start with an existing casting to base my design from. In the case of our new RY45 intake, I designed the whole thing from scratch. I’ve got a few weeks worth of drawing, programming, and a whole lot of math calculations that went into this piece. We’re pretty happy with it,” he chuckled. “The first test on the dyno yielded us about 20 horsepower everywhere in the power curve. It’s pretty cool to see all of your hard work pay dividends like this and we’re only going to improve on the design from here.”

Starting out with two, 80lb. pieces of billet aluminum, Mike’s Racing Heads machines those into a 10lb piece of what can only be described as a “functioning work of art”. “It not only looks good”, says Mike Sr., “but it hauls ass too!”

If you have an RY45 engine that your not happy with, or is collecting dust in the corner of your shop, revive it with one of these billet intake manifolds from Mike’s Racing Heads.
They also offer top end packages for Chevrolet powered Late Model engines.

Posted on August 22nd, by admin in Recent News.
Comments Off on Chris Madden and Bloomquist Racing on a Hot Streak!!